I’ve been talking about going to the ring for a long time now and when a friend mentioned he was going with a group of workmate’s I jumped at the chance to rag the zed around the track. The plan was always to take the blue car but the recent engine failure removed that option. It was then going to be the silver ratlook one but after putting a couple of thousand miles on the red one in the last 6 weeks that became the obvious choice. I knew it wasn’t going to be perfect for the track but a least it meant I wouldn’t be pushing so hard so less chance of having an off. 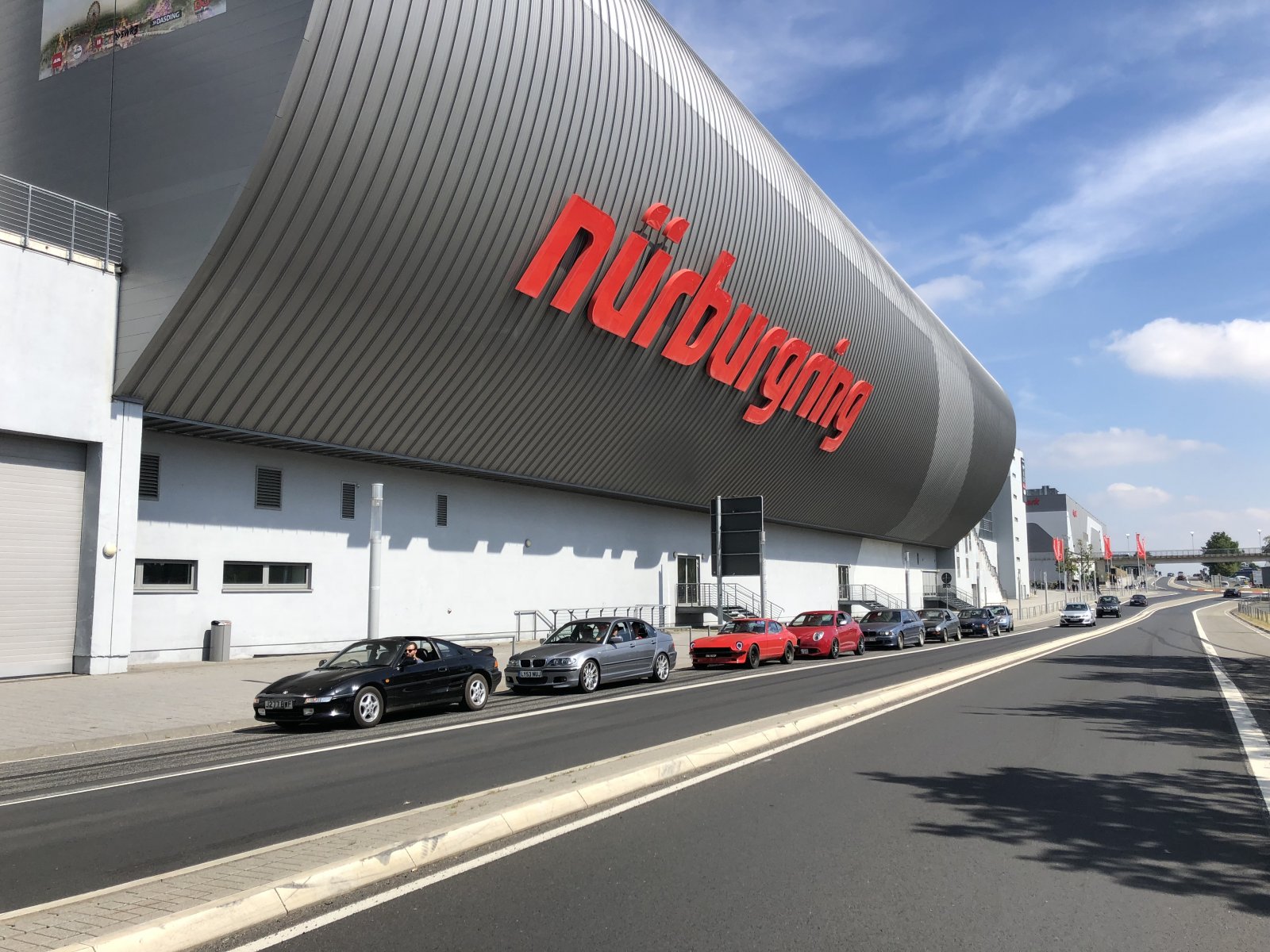 So that was settled on and last week I did a few more jobs on the car in preparation. Then the day before I was due to go, I had an oil cooler pipe blow off so lost all the engine oil and made a right mess off the car. I had it recovered and started making plans for the silver car depending on what I found on the red one. So the next day I fixed the oil cooler lines and filled it up with oil then held my breath as I started the engine. Oil pressure came up fine and engine sounded sweet. Took the car for a drive after cleaning up most of the oil, packed and picked my mate up then headed for the tunnel. After a stop of in Belgium and some spirited driving around the hills of Spa, we arrived at the Nürburgring campsite about 5 on Friday. Emptied the cars then headed for the track for a couple of laps. 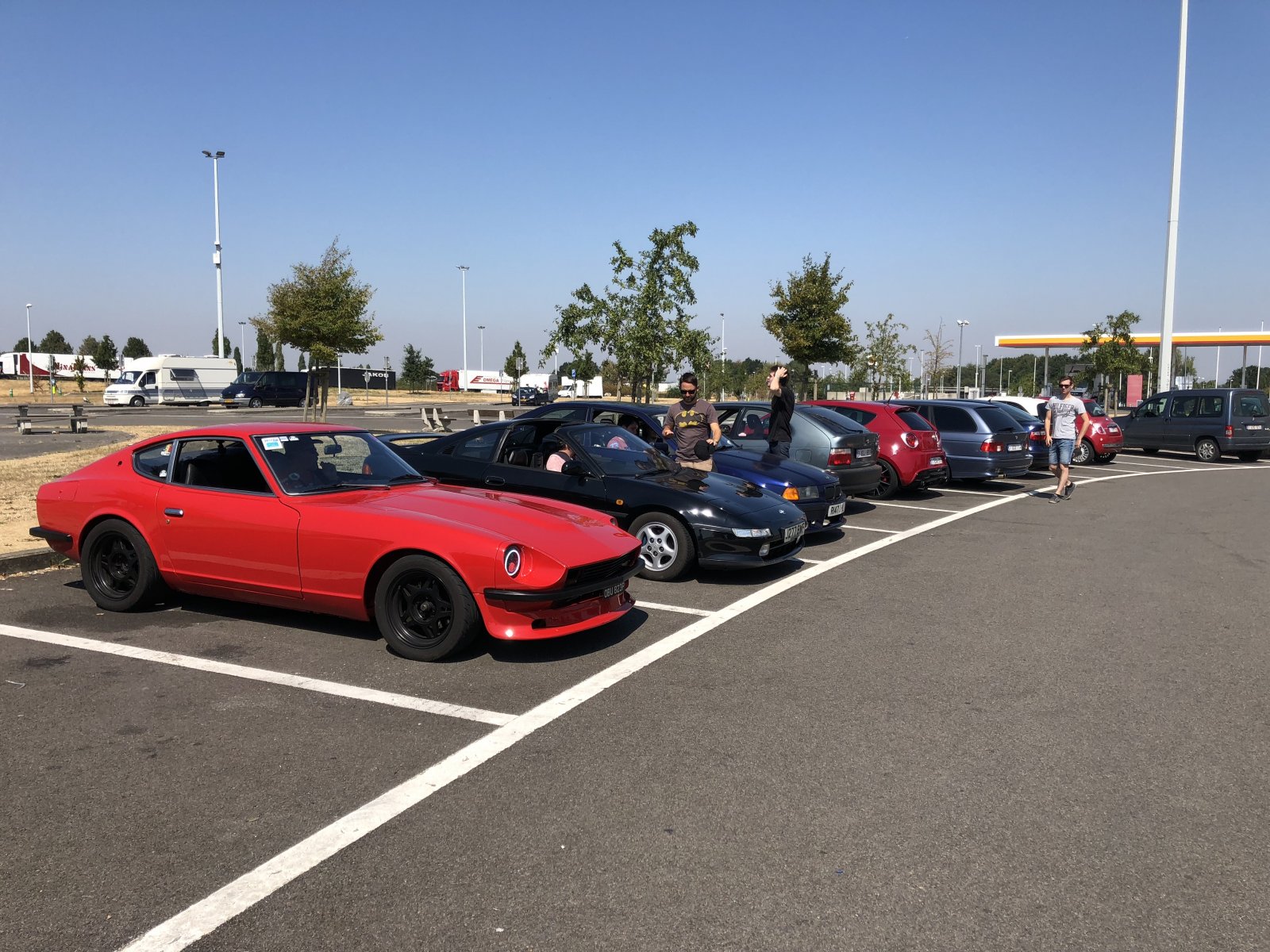 I really should of watched a few more videos of the track and tried to learn what was round each corner but as I wasn’t intending to do any fast laps I just enjoyed myself. The second lap was a bit more spirited as you can see from the video. It turned out to be a wise move to do some laps on Friday when it was very quiet and no queues. Saturday night was really busy and I chose not to go out then. The car performed really well and the grip from the Nankang NS2R’s was immense. I’m very impressed with how well this car goes round the track considering its road spec. It was blisteringly hot all weekend and this contributed to very high oil temps and low pressures. This was another reason why I only took the car out on Friday night. 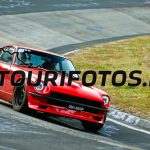 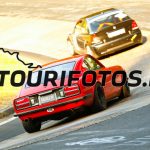 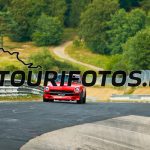 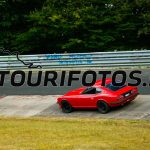 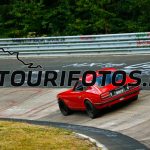 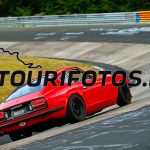 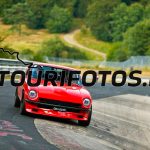 I’m now hooked on the ring and cant wait to get the blue car fixed and ready for a session at speed. The lap time of 10min 49sec was certainly not quick but I can see it being very easy to take a big chunk of off this if I learnt the track more rev’d the engine a bit more. This trip has also highlighted a few improvements I need to make to the car if I want to do any more track time. I certainly need much better oil cooling and reinstating a water to oil cooler with a larger air to oil cooler. I also need to shield the fuel filter/regulator from the exhaust as this became too hot to touch very quickly which caused major power loss issues when on track and after extended driving.