Sunday 7th October 2018, 04:25, eyes wide open. The alarm hasn’t gone off yet. The kids are fast asleep. It’s dark outside and the duvet is cosy. No reason to be awake. None at all. Except, maybe the possible excitement of a fully polished and prepped Z sitting expectantly in the garage, with a full tank of fuel, quietly beckoning; “Go on, do it, wake the neighbours!!!”. 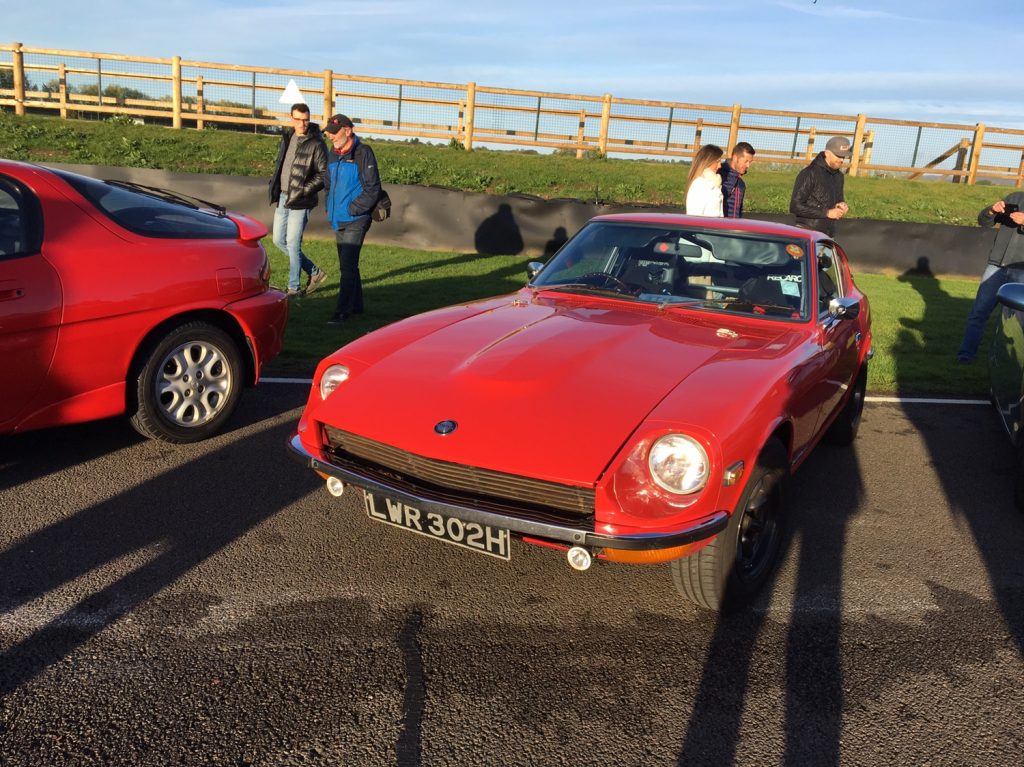 There is solace in knowing others are also awake at this time, grabbing that bleary eyed coffee and warm clothes for their journeys from as far away as Wales.

It’s a dark morning. The roads are dry and the cold, dense, mist laden air is crisp. The deafening silence is begging to be broken.

A turn of the key, ignition on, 1-5-3-6-2-4 … the warble of the straight six coming to life shakes the garage walls with a 99 Octane thunder storm. Signalling her intent while clearing her throat with a busy, gruff, bass laden idle as she wakes and keeps building in intensity. The silence is shattered. Curtains twitch as the air fills with the unmistakable smell of a classic car.

No sooner is the engine up to temperature that she fills her lungs at 4000rpm building to an angry howl while climbing the motorway ramp and the rev counter with outright aggression; leaving modern cars in her wake and their drivers wondering “What the heck was that thing?”

The Sussex countryside was not only a treat of stunning twisty roads but was graced by the presence of all things Japanese; from the exotic, to the working class heroes, to the flowing, graceful lines of Zs of all vintage. 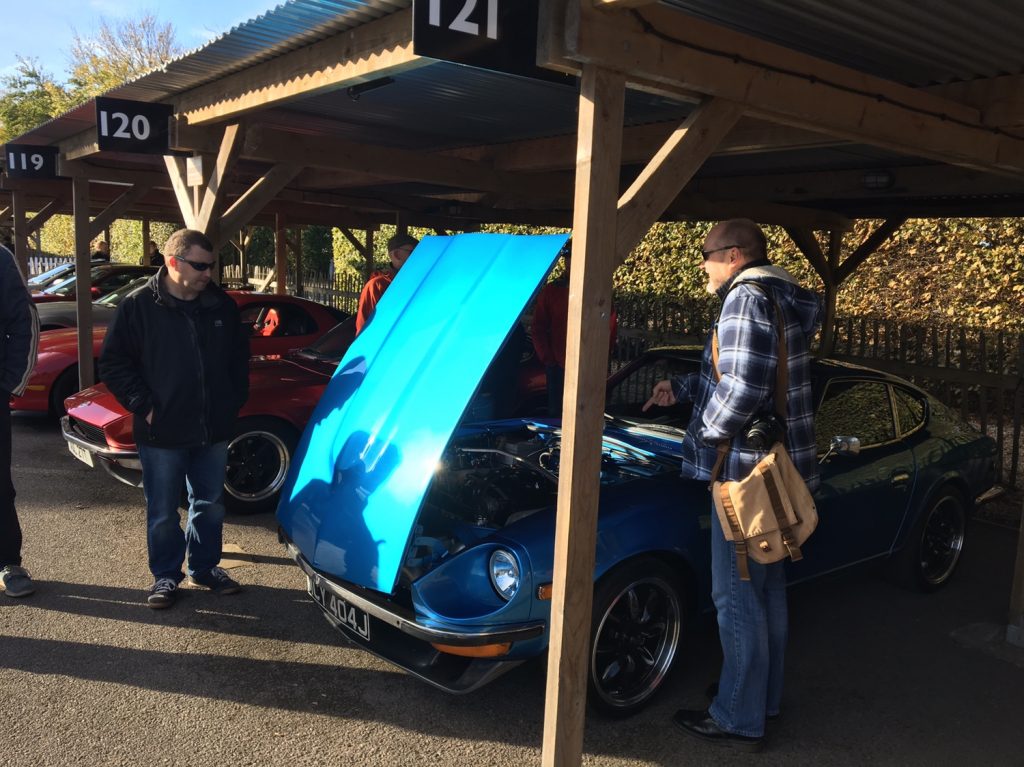 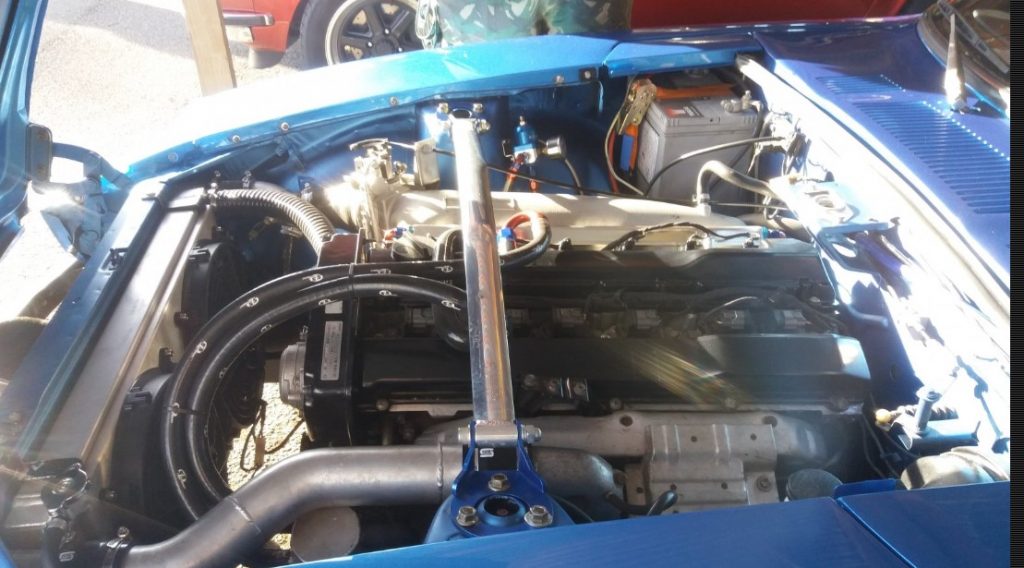 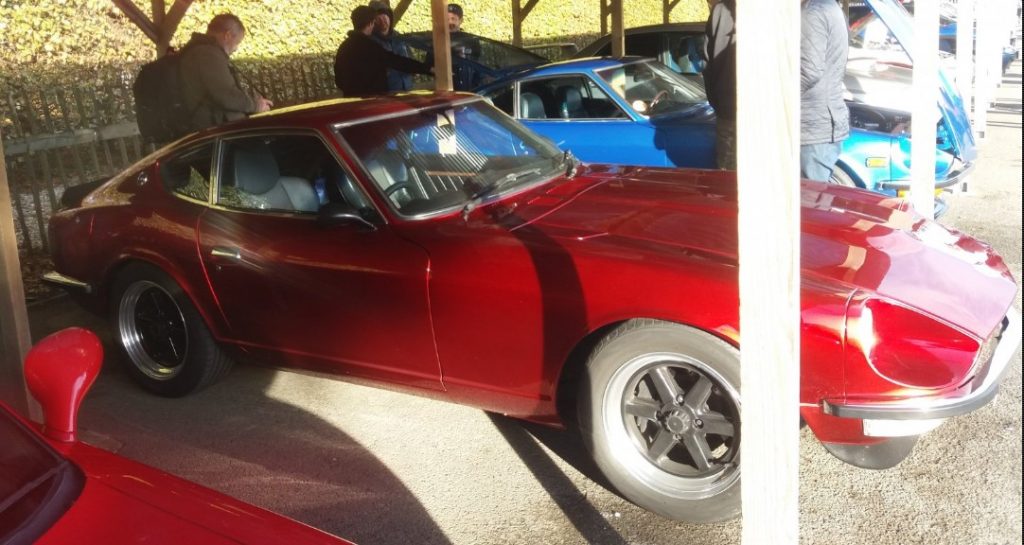 What is striking to the casual observer is the sheer diversity of the Z scene. No two cars are alike. Each has its own flavour of period resto-mod or customisations that makes this, possibly the most interesting and unique classic car scene. The halo car that spring boarded into life in 1969 and made the motoring world sit up and take note. Big notes! A car that has morphed since its inception to the modern era.

This was a truly special occasion. Quite exceptional to have had so many of such a rare species gather within the same half a square mile of the perfectly groomed Goodwood estate.

At least twenty S30s and S130s were seen with countless 300zx, 350zs and 370zs roaring into Goodwood, all polished to within an inch of their lives.

Some with working engine bays, some with engines polished to perfection and some, with engines hiding a dirty secret of performance that belied their age or appearance. 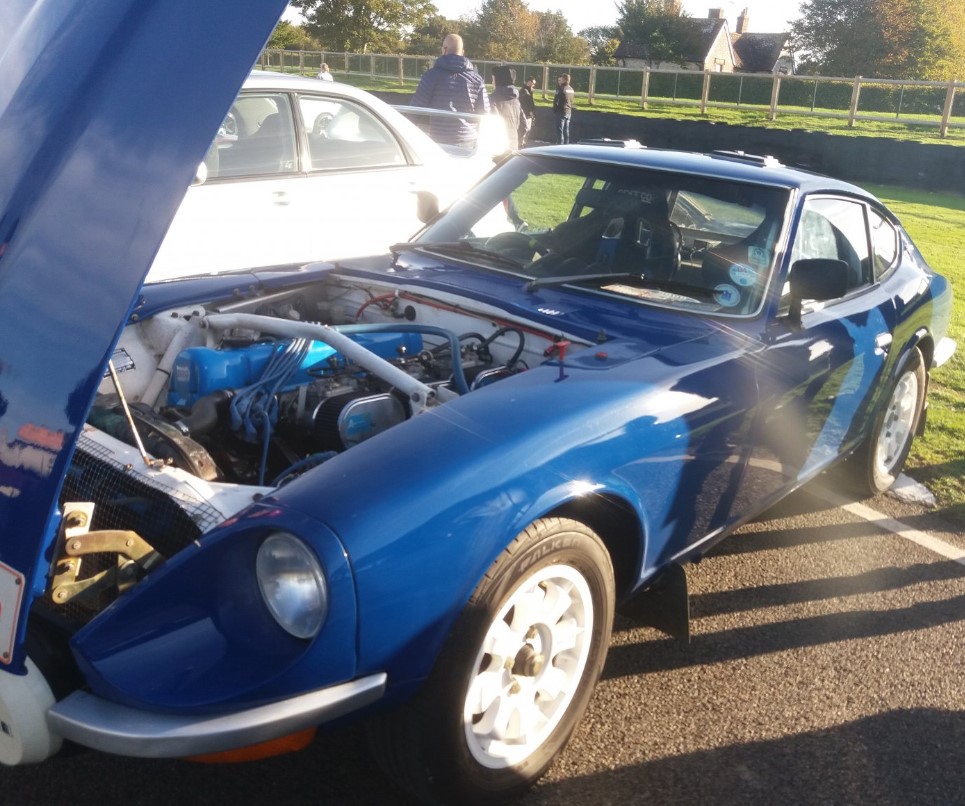 Surprisingly, some Z owners were discovered in the wilderness who were not members of the Z club but keen to join. Case in point, this 100% original non z-club 2 owner 280zx that has only covered 24K miles and a mere 800 in the last for years.

The friendliness of all Z owners as ever was a delight with club camaraderie, mutual admiration of each other’s cars, the usual banter and geekeraderie that assuredly sounded like code to any onlookers “RB this, N47 that, F54 blah blah blah …”!!

The breakfast at the Nafi Cafe was an excellent feast that surprisingly offered a gluten free option with decent coffee and tea to keep us warm.

The rest of the Nissan / JDM family put on a good show with all variations of the theme and design. Notwithstanding states of tune or absolute originality. 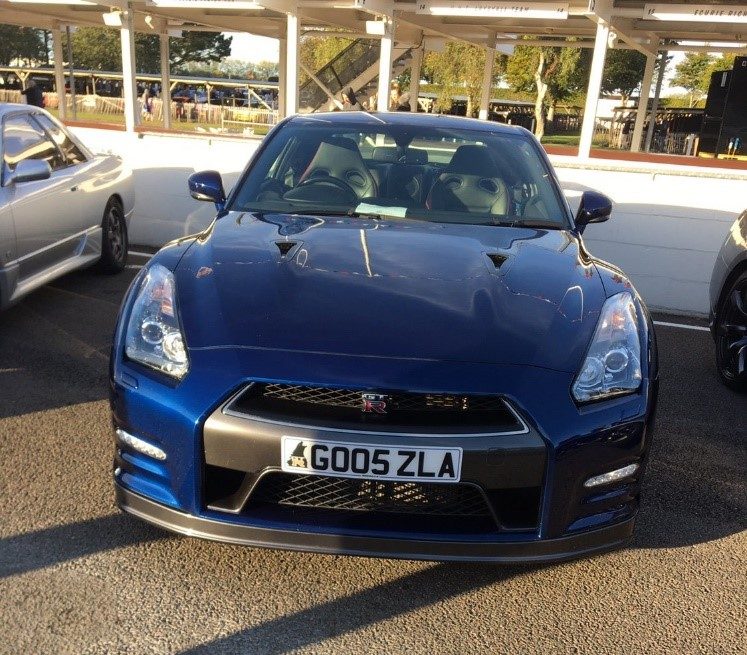 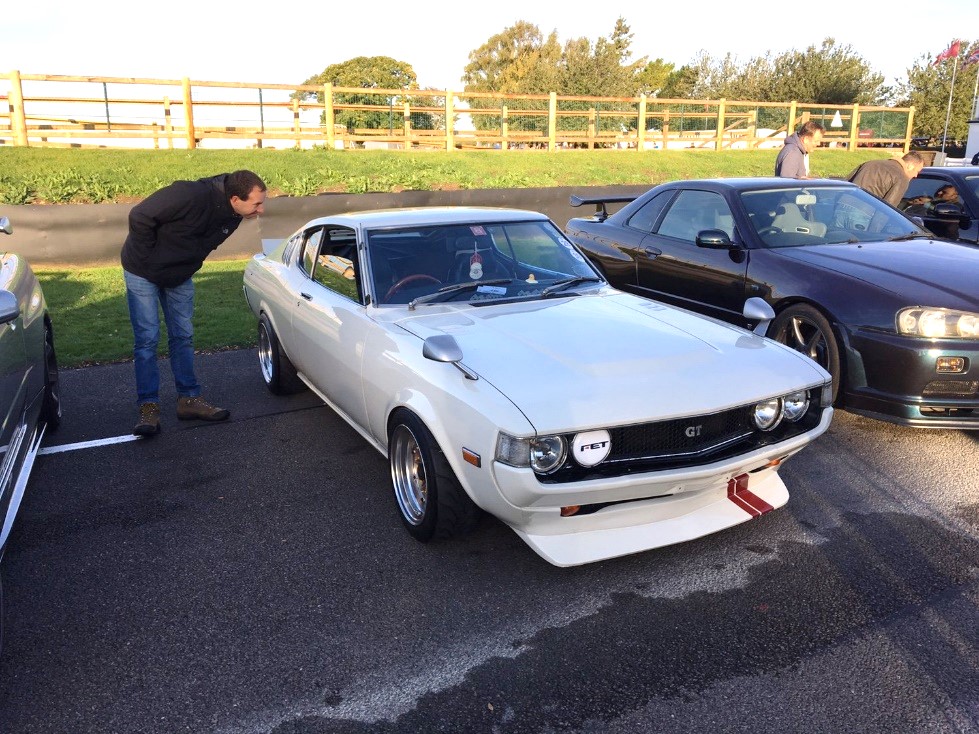 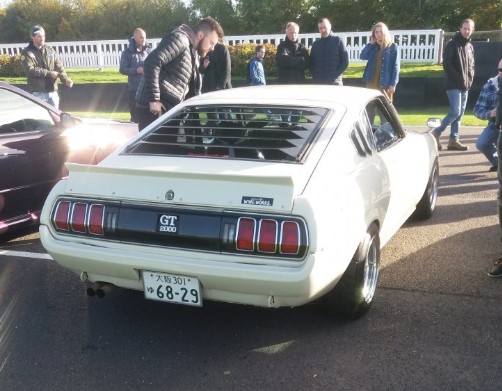 While the Zs were peppered across the track and the paddocks, they never failed to draw a decent crowd – particularly so when a bonnet was open or when a straight 6 unleashed her operatic tunes. 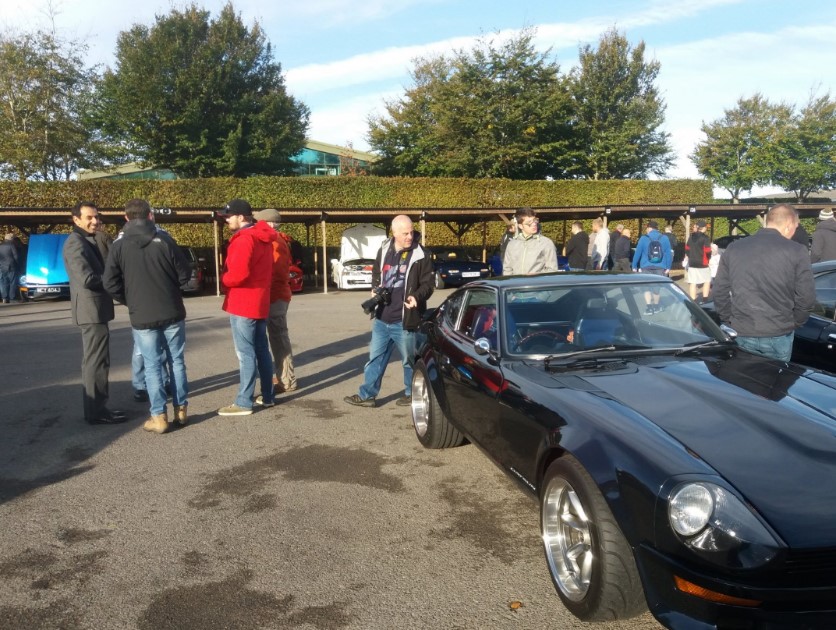 A cold but dry autumn day with low sun. None-the-less a brilliant day with fellow Z owners and other JDM enthusiasts of all ages and tastes.

While all good parties come to an end, parting was no sweet sorrow of anti-climax, but rather a crescendo of octane fuelled fun through the beautiful countryside and the obligatory motorway short duration growls up and down the revs with other car enthusiasts.

Some exited in style, others with some flair ….

The Z sleeps silently again in her lair. If cars could grin, lady Z is sleeping like a Cheshire cat having had her last real outing before the winter hibernation and improvement works begin.

Next stop, the 50th anniversary at Silverstone in the Spring! 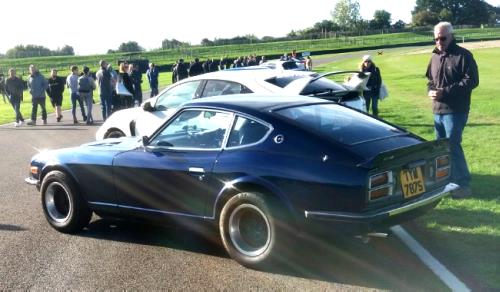 A weekend at the Nürburgring
Spa 2019: 50th Anniversary Z Celebration
To Top