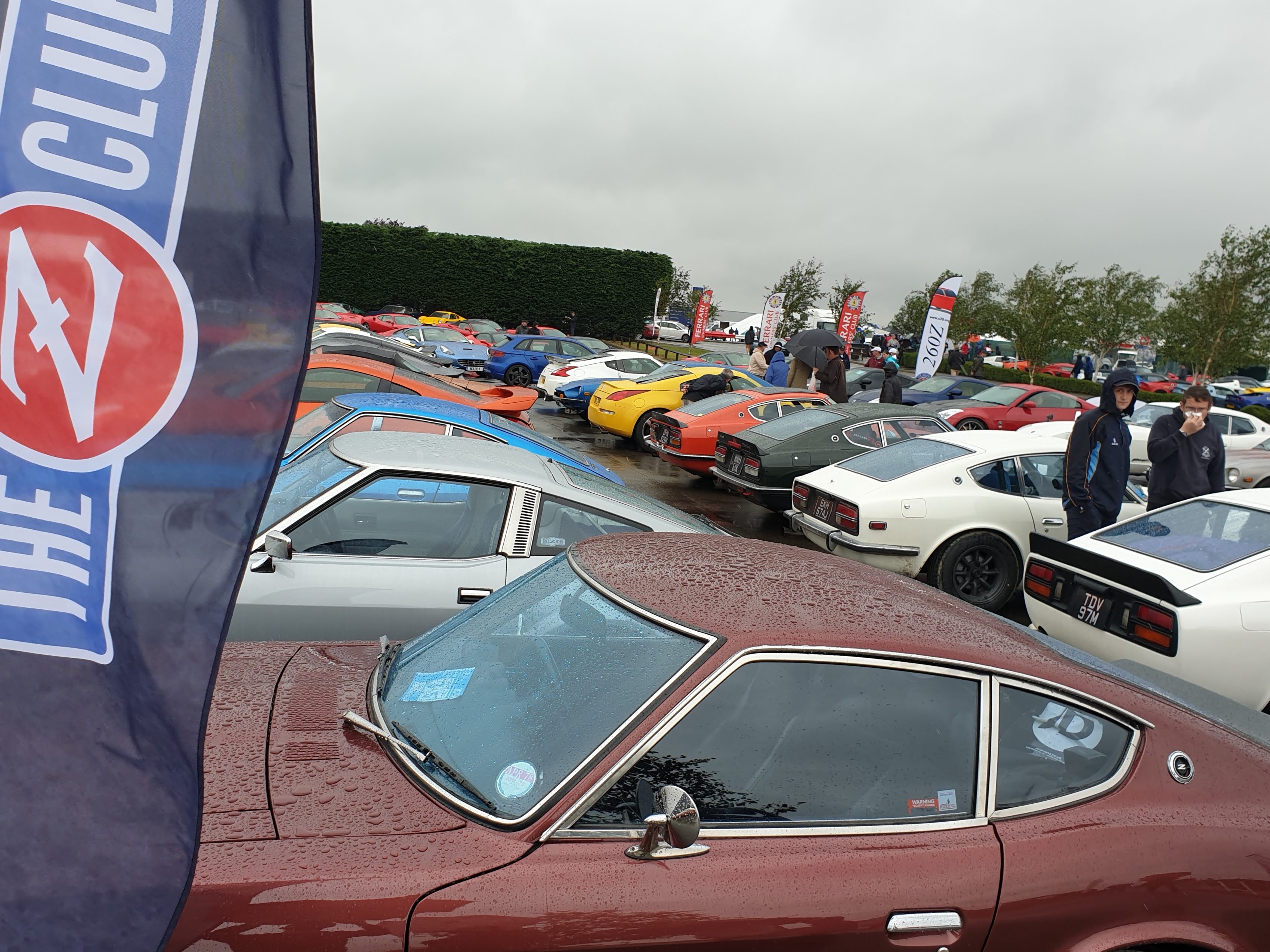 It was a rather wet and windy weekend for the cross-club 50th anniversary stand at Silverstone but the Zeds were still out in force!

There was even a Zed in the Retrorun!

All the cars from the stand:

Since it was a special anniversary, there was a parade lap organised too with all the clubs taking part. A great way to end a very damp day!