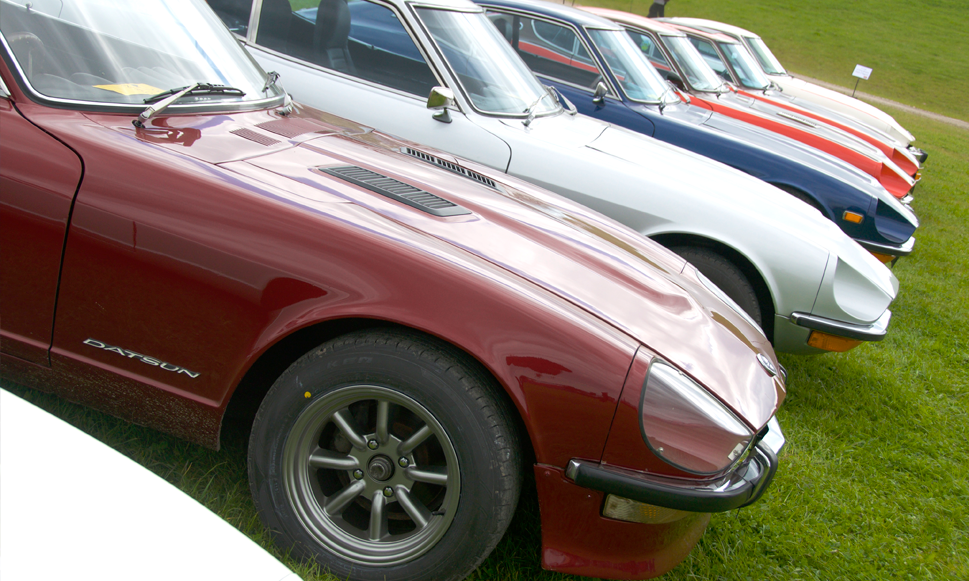 The Donington Historic Festival at the famous Derbyshire circuit always takes place over the bank holiday weekend at the end of April or beginning of May and for the past 5 years has been the stage for the Samuri Gathering, probably the biggest meeting of Datsun Z owners to take place in the UK.

The 2017 event was the 5th time we tried to amass as much old Japanese metal in one place as we could and, on the Saturday and Sunday at least, we managed exactly that. We arrived on site on Thursday afternoon to set up the new club marquee, and found ourselves in the usual windy spot on top of the hill overlooking the Craner curves area of the racetrack. The super smart new shelter was much easier to put up in the back garden at home when we did a trial run than it was in the force 9 gale we struggled against on the stand, although we did it with surprisingly little swearing!

Sara, who needs a special mention in dispatches, had followed down in a Land Rover support vehicle and emptied all of the equipment on to the grass before heading 4 hours back up to Cumbria (she even then came back on Sunday and picked everything up) 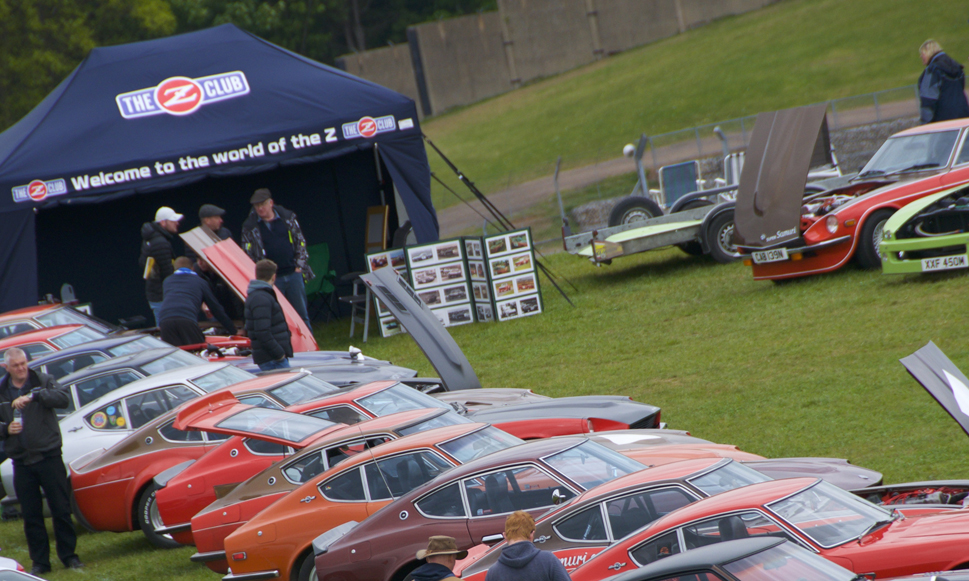 Friday’s crowd was small and enthusiastic, but was only a slight taste of the fantastic turnout we were to get on the Saturday and whilst the weather certainly wasn’t as bad as last year’s snow, hail and rain shocker, the pictures below make it look a little warmer than it actually was.

In all over the weekend we had over 30 Z cars show up, with the extremes of Jon Newlyns originality to James Lodders Green monster, and always good to see the Fourways guys with Geoff’s old car. Tony Lamb fairly modified 240Z made its first public appearance too after some last minute repairs.  Chris Exley drove there and back from Yorkshire both Saturday and Sunday, well done mate or was it just an excuse to drive the car as much as possible? 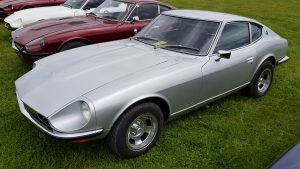 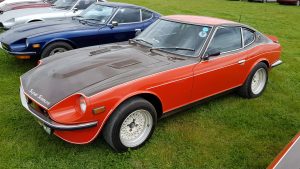 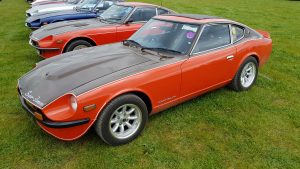 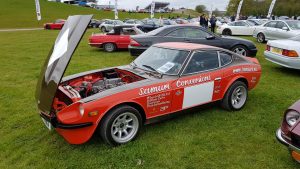 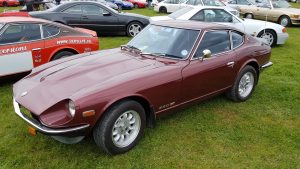 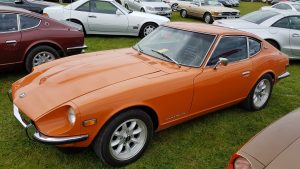 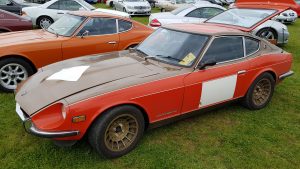 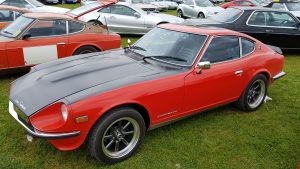 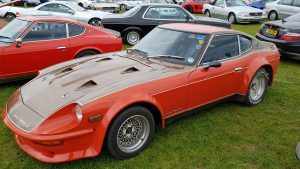 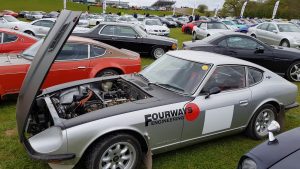 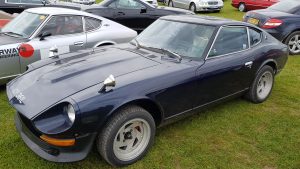 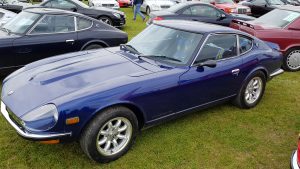 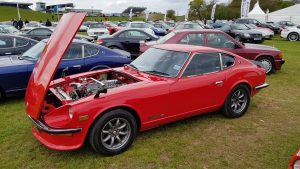 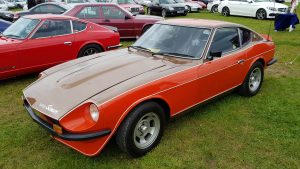 Slightly disappointingly this year we had no Z action on the track, Robert Crofton is saving himself for events later this year he tells us, although he still managed to collect an award as this year’s Z Club member of the year.

Thanks go out to the various members who contributed to the stand provisions and it was nice to get a more social side to the event going too this year: There was the group of guys who had all booked in at the Cedars hotel in Loughborough, affectionately now known as the Crossroads motel and had arrived in a convoy of six cars which must have been a great site to see on the way in and Andy Smith organised a meet in the Castle pub in Donington which was a great evening, too many bottles of wine for sure and the food was fabulous, certainly worth noting for next year. Even better when Andy paid for dinner, thanks mate we owe you one!

The only car to be used in any anger was Stuart Middleton and his son, also Stuart who threw their Sam around the tarmac rally circuit and whilst he seemed to think he had some engine trouble it still managed to look good. Also in the paddock was a lovely looking rally tribute which was owned by Duncan Pearcy from the Z farm I think, although I never got to speak to him at the event

So all in all it was another successful weekend  and we certainly had the best turnout of cars amongst the clubs, even Porsche Club GB who had a big fancy marquee and hospitality area, if you took away all the 2 to 3 year old Boxster’s, Cayman’s and 911’s probably didn’t have as many classics on their stand as we did.