SU carbs WILL work perfectly on my modified L28 and give DCOEs a run for their money!!!

Staff member
Club Member
Lots to think about J.B. thanks for that.

Can’t see the pic John but I know that one well.

You make a very good point about 2” SUs. The problem with all this is not having back to back tests on the same engine and conditions. Yours is about as close as it gets.

As for ZT racing, they are producing great power at 8k rpm so for us mere mortals not racing, flow should not be an issue. But again, you make some good points above also. I guess all of it is about compromise somewhere. Even with DCOEs many many of them are not set up properly to deliver good power lower down, it to do that you have to choke your high flow carbs to achieve intake velocity for lower revs which kinda defeats the object of them. But that sound!!!! Yummmmm.

SUs will never produce peak power like DCOEs but in all of this, I look foe the total area under the Torque curve and across the range which is what makes a street car tractable and fast without having to be thrashing along.

Around 2.1k ish and 3.5k rpm I get horrible reversion.; as seen on the web cam. There are many theories but once I figure it out/stumble upon the answer, I will put up my results. For now, I am trying to get the low end leaner to minimise the reversion and richen up the top end to maximise power when on song.

Club Member
The other thing to consider if you are lean at top end or higher revs is whether your fuel delivery to the carbs is up to it. In other words is the fuel being pumped at the right rate or pressure to keep up with demand and is there anything restricting it? I presume you are using an electric pump?

Farmer42 said:
The other thing to consider if you are lean at top end or higher revs is whether your fuel delivery to the carbs is up to it. In other words is the fuel being pumped at the right rate or pressure to keep up with demand and is there anything restricting it? I presume you are using an electric pump?
Click to expand...

It’s a good point which I put to ZT to see if I needed their larger jets. They correctly suggested that the needles just needed proper mods. Once I put in the right needles in, no more lean top end! I end up with afr at 12.5 at the rev limiter.

Using mech pump. If you scroll up you will see I used mega rich (KV I think) needles to prove there was no issue with fuel delivery and it was mega rich at the top hitting 10s if I wound the jets down just one turn.
Last edited: Apr 30, 2020

AliK said:
Using mech pump. If you scroll up you will see I used mega rich (KV I think) needles to prove there was no issue with fuel delivery and it was mega rich at the top hitting 10s if I wound the jets down just one turn.
Click to expand...

Sorry, must have missed or forgotten that bit

Club Member
I will be going down this route with my ratty zed soon. I love how the car currently runs on su’s so would like to make the same su’s work with the replacement 3.1 stroker engine. This engine is 89mm bore and ld28 stroke. Very nicely worked p90 2mm skimmed head, forged rods and pistons. All this and I still want the simplicity of su’s and a 280zx dizzy. I’ll be swapping the engine shortly and tuning the mixture with an innovate lm-1

I don't want to capture your thread - I did a dyno run today with my 3.1L stroker. I can now say that SUs are for sure very capable if properly tuned. 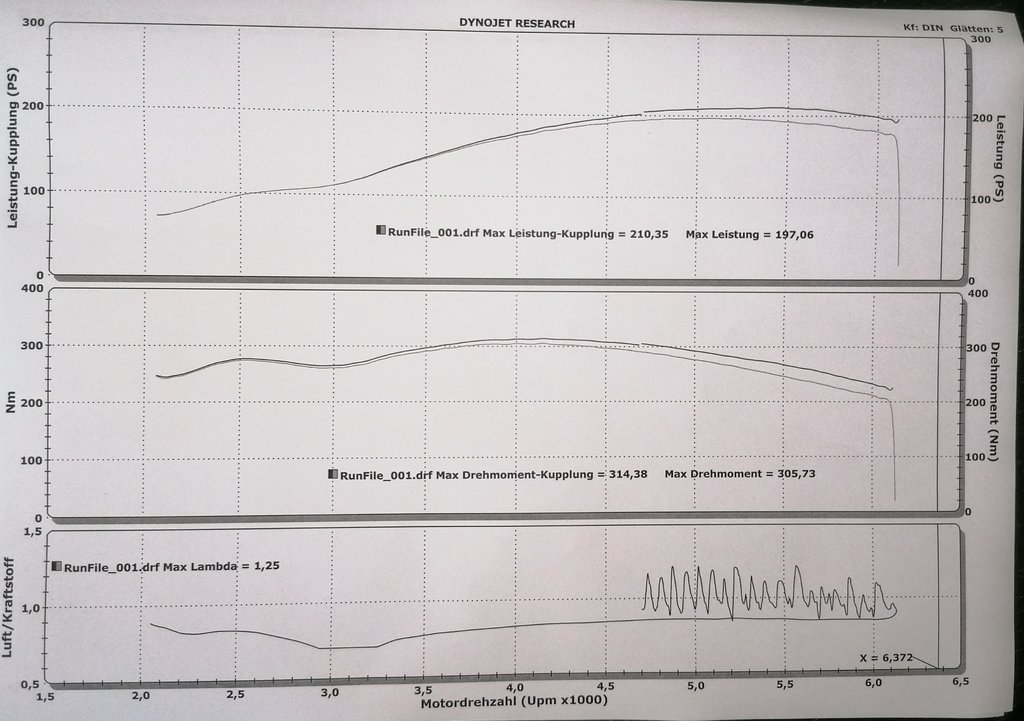 Please would you share your graph and timing ° - I have some problems with mine : https://zclub.net/community/index.php?threads/cold-air-intake-box.26574/page-3#post-319155

SeanDezart said:
Surely you're more like 240 at the crank ?

Please would you share your graph and timing ° - I have some problems with mine : https://zclub.net/community/index.php?threads/cold-air-intake-box.26574/page-3#post-319155
Click to expand...

I'm not sure what you're asking, you already posted the dyno graph on your FB page

Re power: Yes, some others would translate the RWHP to much higher crank HP.

New dyno graph posted on this site (on the other thread) - I'm asking to see your dyno-graph, please ?

Club Member
Quick question regarding needles. Do all Hitachi SU's use 0.100 nozzles? I need to order the RH needles and want to get the correct ones.
Last edited: Jun 29, 2021

johnymd said:
Quick question regarding needles. Do all Hitachi SU's use 0.100 nozzles? I need to order the RH needles and want to get the correct ones.
Click to expand...

Club Member
Yes. I did replace the original needles with a pair I found that looked a lot thinner but we’re not marked. The fueling is pretty good but from reading this thread I think the RH would be a better place to start.

Yes, it’s the bigger of the 2 strokers. Not sure of the exact cc but I think it’s 89mm, ld stroke, p90 2mm skim and 1mm steal gasket. If someone wants to tell me the cc that would be great.

just used the l series engine calculator and it comes out at 3098cc so that would be a 3.1lt. My other engine with smaller bore is 3063cc so would that also be classed as 3.1lt. I know manufacturers always round up rather than down.
Last edited: Jun 30, 2021

Staff member
Club Member
Sent you a PM John - you have my number too so feel free to call me to discuss if I’m able to help.

Club Member
So some time later I'm wondering again if I should keep the SUs or not Looking at my dyno chart, the torque curve is awesome as it is. I just wish I had more power at the top end.

Did anyone here ever fit triple OER 45mm carbs? Would they be worth the trouble?

Staff member
Site Administrator
I think it depends a bit on which head you have, but I do believe that throttle diameter at the top end limits performance.
Some small evidence in support of that:
Here are the VE tables from my 2.9 engine last year and my 3.2 this year. both are running 45mm ITBs, same head and everything else the same apart from the block and the displacement. You can sort of think of the VE as a proxy for torque - the more fuel you use, the more torque you produce. (although don't read too much in to the absolute VE values - you can't compare them between the two)
I think it shows that on the 2.9, the VE comes to a peak at 5900 rpm whereas on the 3.2 the VE is the same (max) from 4700 to 5900, which I think means that *something* is limiting the airflow - it could be the valves and head, but I think it might be the ITBs - so next step for me is 50mm ITBs.

Good thread.
Not saying what is right or wrong here, but so far the elephant in the room which isn't quite touched on is the head. Plenty have had theirs ported and polished, but it's an art, and frankly some don't do the optimum job (been there). Ideally the head needs flow tested, and given numbers so a theoretical hp/torque can be worked out. The exhaust port is the limiting port on the head, the flow acheived is less than the inlet, and thus suffocates the engine as the exhaust gases can't escape quick enough, especially as rpm's rise. Just increasing cam lift or valve size won't compensate for everything if the port flow isn't great.

What I am saying is make sure the whole inlet and outlet system is working well before tinkering with thinking one parameter is "at fault".

Jonbill's I suspect your 45itbs are big enough for the 3.2 as the formula for cc to PHH syle carb dia states it's within range.

240L31, you could, it gives you more "tunability" but whether the cost to change outweighs any power advantage is up for debate (and your wallet). Also, there are pro's and cons in tuning with the likes of Dellorto/Weber/Solex, as in range of jets and sizes, whether one is "better" than the other.....
You must log in or register to reply here.
Share:
Facebook Twitter Reddit Pinterest Tumblr WhatsApp Email Share Link
Top