Well, I've had the car for about 12 weeks now so thought it was about time I started a thread to let you guys know what I've been up to.

The car had stood for 25 years so the seller said, he acquired the car on the 5th July 2014 so hasn't had it long he started restoring the car for himself to keep .

When I went to look at the car it looked pretty good considering it was only part put back together, it had been recently sprayed red I later found out it was originally yellow the paint had lots of micro blisters coming through, I suspect this was due to it being primed and left for a while allowing moister to be drawn into the primer and then sprayed with top coat .

The car had been striped to bare metal before it had been sprayed IMO this is where he should have stopped as it was a waste of primer, paint and time to do such a bad job ,that doesn't bother me as would have stripped it and painted it anyway.

The car had been stripped out inside all apart from the dash, he had the seats recovered in black and Red which to be honest hasn't been done very well, shame they won't go with the new paint job, he had also fitted a brand new carpet set which will use when put back together.

The car has had a lot of patch welding done to it, but is pretty solid these will need sorting as not unto my standard:lol:all the wheel arches underside have been plastered in about 1/4 inch thick under seal

not looking forward to scrapping that off.

This i.e. what it look like when delivered :unsure 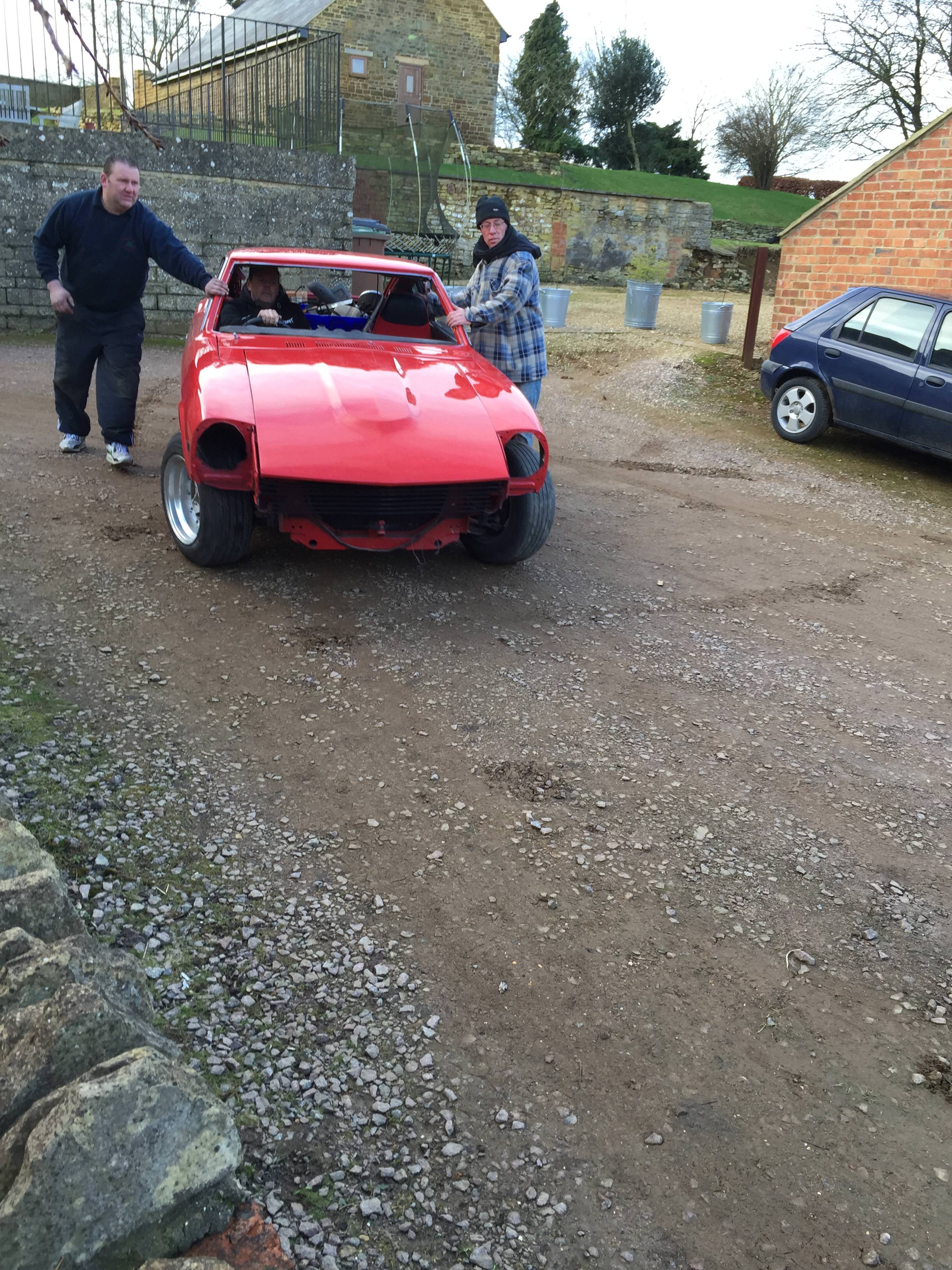 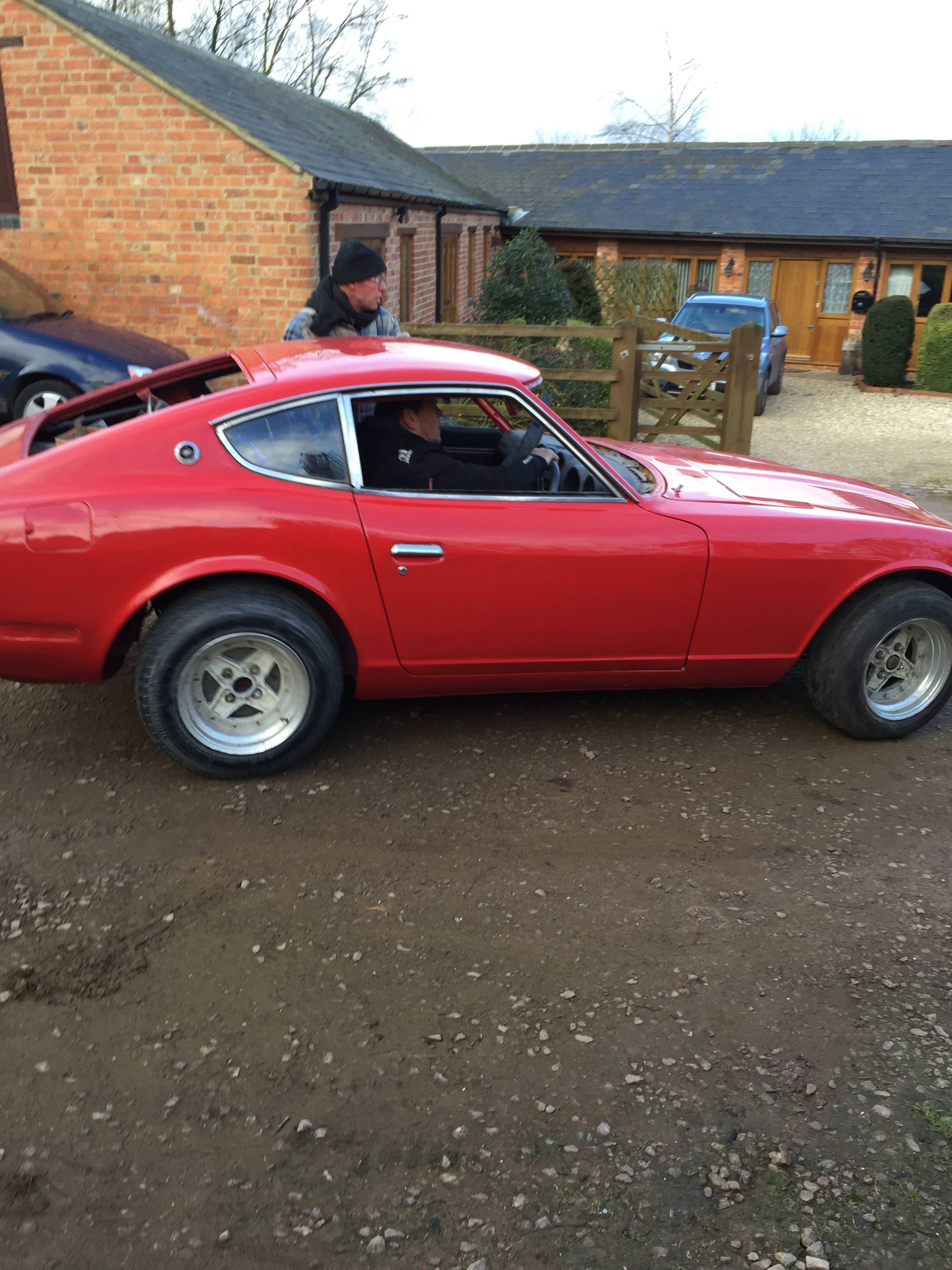 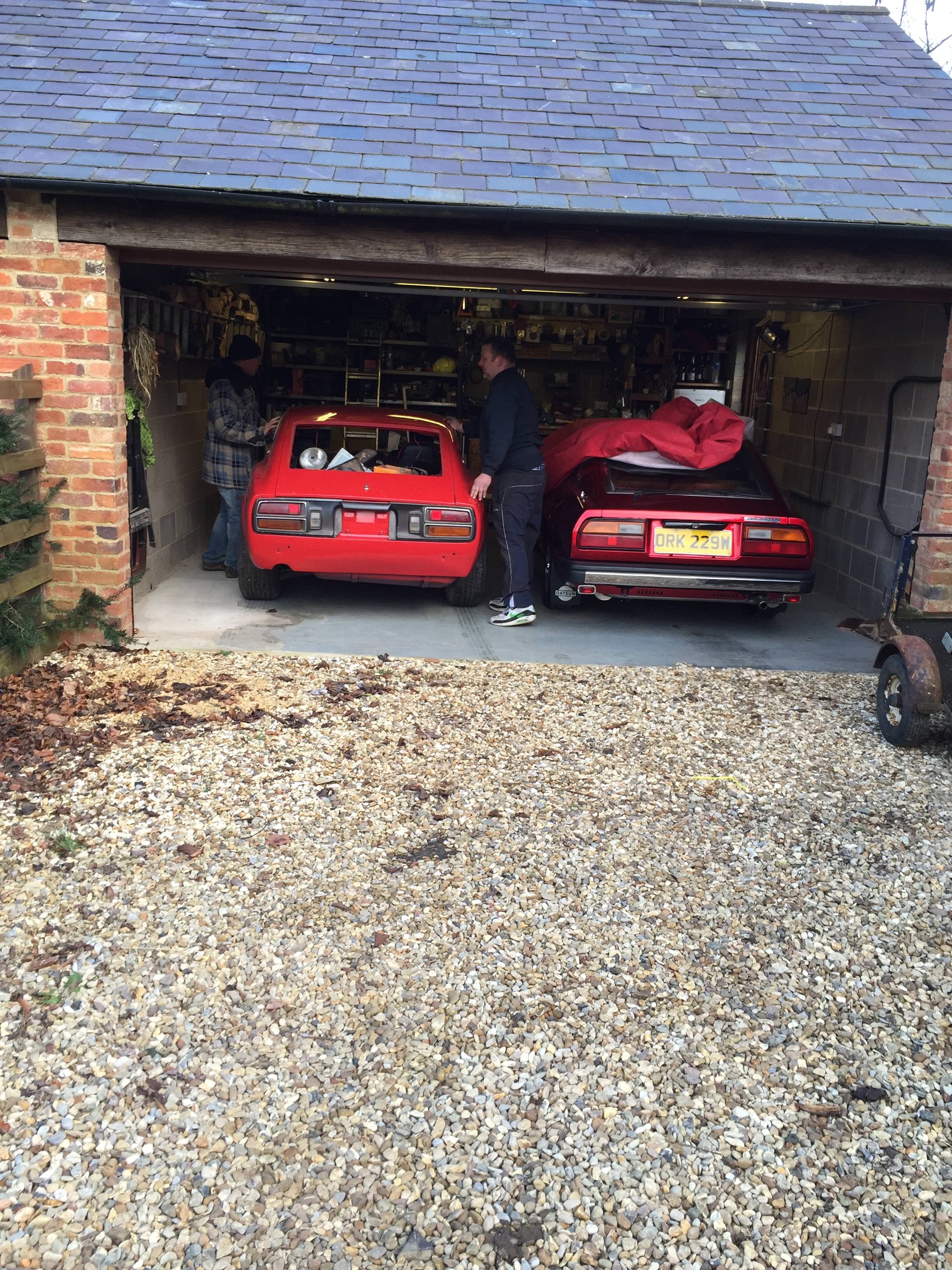 dunno why your messin about with it ...

How are you going to strip the old paint off?

Club Member
It probably wont be pretty under that loverly straight paint. UK cars never are. Are you stripping it entirely back to metal, ie, dipping, or shot blasting most of it?

Well fitted what I could reuse out of what I had in boxes only to find I have 240 interior panels behind the seat I have now acquired the right panels,had no bumpers But have also got them now

So thought I would see if I could get the engine running Properly,stripped and cleaned the triple carbs and managed to get it running with the help of Jonbills

John ,but was only running on 4 cylinders reset carbs again but would still only run on 4 in the end had to give up as battery was flat and wouldn't crank.

so thought i would take the plugs out and turn it over,when i turned the key it turned over fine the only problem was the water that shot out of no 5 and 6 cylinderhead gasket knackered so to now strip the engine I couldn't be doing with all that work again but I guess it beats watching the tv lol
Is it going to be rebuilt to the same standard as your zx ?

Will defiantly be the same standard as the zx Wyn unless i give up:lol:

head off and didn't drop the timing chain Staff member
Site Administrator
Well I can't remember seeing combustion chambers quite like that Derrick. Half the chamber (away from plug) seems to be filled-in.

Now all back together and running reasonably good just wanted to know it is running ok before pulling the whole car apart.
Now need to check the wirering as the loom has been cut about and there are no lights fitted so don't really now what wire is what or even if there are going to work after sitting 25 years

Back soon with more updates keep your comments coming nice to know what you all think.

Del if you read this in the next couple of hours,im up to castle coombe,have a wiring loom i bought a few years ago,if you need it gis a bell,wont ring yer in case your in bed

Rob Gaskin said:
Well I can't remember seeing combustion chambers quite like that Derrick. Half the chamber (away from plug) seems to be filled-in.

I think that is just the impression created by the skimming Rob. If you want to see properly filled in, check out the SPL heads by Kameari or similar spec heads that have been argon-welded to close up the combustion chambers.

Obviously the P90 head comes out the box closed up similar to this.

richiep said:
............. If you want to see properly filled in, check out the SPL heads by Kameari or similar spec heads that have been argon-welded to close up the combustion chambers.

This is my old head E88 but running flat-top pistons unlike Derrick.

Club Member
Remember there are different versions of the E88 though. The 260 version is more like the N42 design that followed than the 240 version. Plus, the chambers in your pics Rob have been worked on to some degree.

What engine is in the car Derrick? What head and block codes?

Cleaned it all up like new now works fine.

Couldn't get the rear lights to work,or find which wires were for the front side lights as there was a lot of wires just with cut ends and when testing them with the light switched to side lights on there was no power to rear or front.

Then went to front of car and tested all the cut ends and had power to them and sooted out which were the side light wires i was so please as it had been a very frustrating week every night try to sort it all out,cut out lots of wires that had been spliced in not sure why
so now i know what wire dose what and all labelled out comes the loom