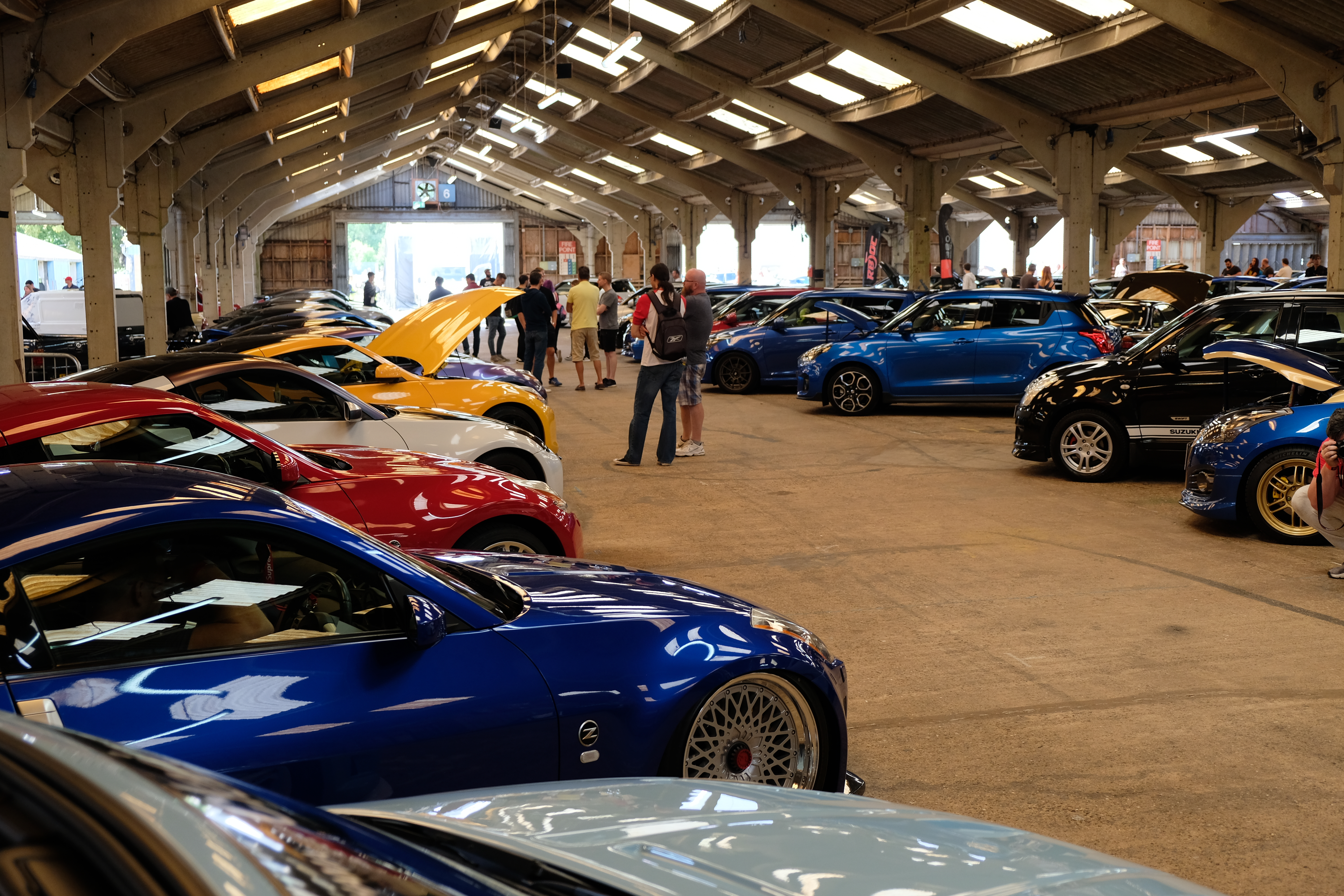 A new event for the Zclub calendar this year, Japanese Performance Show, the UK’s biggest indoor car show. With the sun promised to be shining (despite the rain shower on route), nine club members brought out their pride and joys to display and participate.

The show consisted of a main display hangar containing Show & Shine cars carefully spaced out and a general indoor display area for most car clubs. Conveniently the club was allocated an outdoor stand in between the two main display areas meaning lots of interest was being generated. Some of the main displays included a one off Honda NSX Widebody, Nissan Skyline R33 GTR Nismo 400R (one of only 44), Early Skyline’s, all generations of the Z car, Nissan Sylvia’s, the list goes on! By contrast to the big boys toys, the RC drift circuit proved to be equally entertaining with a S30 styled drift car rocking a Pandem Body Kit sliding its way around the miniature track.

Fancying a change of scene later in the day seven of the cars convoyed down to Caffeine & Machine for the afternoon, which proved to cause quite the stir on the roads. Safe to say it was cracking fun watching all of the cars buzzing down the country back roads taking in the best of the English countryside. Equally on arrival to the café, all eyes went to the cars with members of the public counting each car in to the venue, obviously quite taken back by the number of early Z cars in one place. Despite the venue being fairly packed out, all of the cars were given pride of place parking spots on the main lawn. One of the old timers was even given an easy parking bay for ease of access!

Basking in the best of the British Summer it’s safe to say this was a cracking and memorable day out, and looks to be one of the calendar again next year.

Here’s a few highlights of the action from the day: